To ensure we reflect the day-to-day operational effects of wage increases as well as views on wider issues that could affect increasing wage rates in our sector, the NHBF conducted its Annual Wage Survey in April.

This blog post summarises the survey results and gives an insight into what the industry is thinking in regards to wages and other wider issues.

One of the main issues facing the sector is the impact of the recent National Minimum Wage and National Living Wage (NMW/NLW) rise recommended by the Low Pay Commission to the Government without allowing adequate time for businesses to recover from the pandemic closures.

The survey, which had 553 responses from a good representation of businesses in the hair and beauty sector across all areas including England, Northern Ireland, Scotland and Wales, revealed the increase in the National Living Wage has hit business owners within the sector hardest. It is not surprising that businesses currently struggling to stay afloat and recover from the last year do not support the timetable to reduce eligibility for the NLW to those aged 21 within the next three years, with almost 40% felt that wage rates should be frozen to allow businesses to recover from the pandemic.

Asked how business owners may recover the losses of increased wages, three in five said they would have to increase prices, while two in five said they may have to reduce staff numbers, and more than a third said they will cut hours and lower profits.

Wages and associated costs are the single highest outlay to business owners who employ staff. We have seen the emergence of a business model based on renting space or chairs, where self-employed people work collectively within premises, but without incurring these costs.

This view is supported by our survey findings: fewer than half (43%) of those surveyed ruled out increasing the number of self-employed within their business. Of those that were considering moving from employing staff to having self-employed professionals working in their salons, the most common motive was ever-increasing wage and employment costs (NMW/NLW, pension contributions, etc.) making employing people less attractive business model financially.

Also, the survey found that there is a serious prospect of a skills gap emerging unless businesses are given greater incentives for training and apprenticeships or can recover more quickly, as findings from the survey showed 63% of business owners felt they were likely to cut back on apprenticeships over the next year.

This is in line with our March State of the Industry survey, which reported a 55% cut back in businesses supporting apprentices and only 10% definitely or likely to take on any learners in the coming months.

Whilst there were several reasons cited for cutting backs apprenticeships, including lack of finances (32%), lack of time to train (31%) and reduced capacity due to COVID (31%), the increase in the apprenticeship wage rates was the most frequent answer (41%). This shows that it is becoming a significant barrier to future skills development. Some respondents expressed the view that rising wage costs across the board were making taking on apprentices unaffordable.

Richard Lambert, NHBF chief executive says: “The survey results show a sector at a delicate juncture and in need of a prolonged period of financial stability to have a fighting chance of recovery. Future wage increases should be introduced at a more gradual pace to allow businesses to adapt accordingly. Increasing wage rates without full consideration of the tightrope business owners are currently treading could be a real threat to this and lead to significant unemployment should these businesses fail.”

Since the pandemic began, the NHBF, working with partners in the sector, has secured reliefs and financial support for personal care businesses in each of the four nations. Despite this, fixed outgoings and a lack of ability to diversify and generate income during lockdown have left businesses with no cash reserves, growing debt, and at the brink of closure. According to Local Data Company, 7,330 businesses within the hair and beauty sector, more than 15% of businesses, have been lost since March 2020.

We are therefore using the findings of this latest survey to call for: 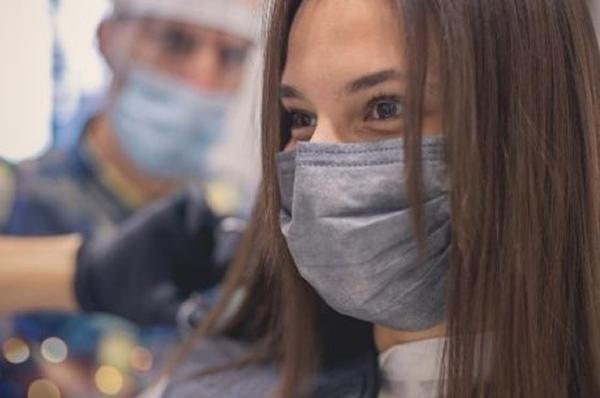 Back to business with the NHBF: providing a great client experience despite restrictions