Chancellor Rishi Sunak presented the Autumn Budget and Spending Review on 27 October 2021 setting out government spending for the next three years.

In this latest blog, the NHBF summarises what Chancellor Sunak announced in the Budget and what it means for the hair and beauty industries.

Ahead of the Budget, the NHBF submission to HM Treasury for the Autumn Budget and Spending Review called for:

• The Government to avoid a cliff edge when its financial support ends, eg Furlough.
• Reform of business rates and to maintain reliefs for small business
• Maintain and increase support for apprenticeships.

Broadly, our calls were answered, although the Budget included announcements of increases in wage and staff costs.

The Government has recognised that businesses need further support as we emerge from the COVID-19 pandemic.

The NHBF’s latest State of the Industry survey from September shows that the sector is finely balanced in its recovery with positive indicators such as more businesses breaking even or making a profit. Hair and beauty businesses are increasingly looking to grow and take on staff, but a significant number (two thirds) of businesses are still either partially or entirely reliant on Government support.

To support local high streets as they adapt and recover from the pandemic, the Government is introducing a 50% business rates discount for 2022-23 for eligible businesses in retail, hospitality and leisure sectors, up to a maximum of £110,000.

Over 90% of retail, hospitality and leisure properties will receive at least 50% off their business rates bills in 2022-23. A tax cut worth almost £1.7 billion. The Government says that 400,000 businesses will be eligible, and that this is the largest single-year cut to business rates in 30 years.

The Government is also freezing the business rates multiplier in 2022-23, a tax cut worth £4.6 billion over the next five years, meaning that bills will be 3% lower than without the freeze.

The introduction of a new business rates improvement relief will mean that, from 2023, businesses will be able to make property improvements and adopt green technologies, such as solar panels or heat pumps, and pay no extra business rates for 12 months afterwards.

Collectively, the proposals set out will reduce the burden of business rates in England by over £7 billion over the next five years.

The Government also published the conclusions of the business rates review that it believes will mean a ‘fairer and timelier’ business rates system, with revaluations of premises every three rather than every five years, as previously.

In September 2021, the Government published its proposals for new investment in health
and social care.

To fund the investment, the Government will introduce a UK-wide 1.25% Health and Social Care Levy based on the National Insurance Contributions (NIC) system, but ring-fenced for health and social care.

The 1.25% increase falls on both the employer and employee as each will have to make higher contributions. In the NHBF State of the Industry survey from September 2021, there was a rise in businesses expressing an appetite for taking on staff over the next three months but only a slight rise in those wanting to take on apprenticeships, so we will wait to see the impact of the announcement from Spring 2022.

Following the recommendations of the independent Low Pay Commission (LPC), the Government will increase the National Living Wage (NLW) for individuals aged 23 and over by 6.6% from £8.91 to £9.50 an hour from 1 April 2022. This will mean that the annual gross earnings of a full-time worker on the NLW will have increased by over £5,000 since its introduction in April 2016.

The government has also accepted the LPC’s recommendations for the other National Minimum Wage (NMW) rates to increase from April 2022:

The outbreak of coronavirus has taken a heavy toll on jobs and apprenticeships and has disproportionately disadvantaged younger people. To combat this, Chancellor Rishi Sunak announced £1.6 billion to support the rollout of T-levels, and £550m to invest in adult skills.

The NHBF has been calling for more support for older workers and people at different stages of their careers coming into the sector, and so welcomed the increase in apprenticeships funding to £2.7 billion by 2024-25. This is the first increase since 2019-20, and includes provision to meet 95% of the apprenticeship training cost for smaller employers who do not pay the Apprenticeship levy.

There was also mention of investing £1.7 billion of the £4.8 billion UK wide Levelling Up Fund in local infrastructure, including regeneration projects for high streets. Not all areas will benefit, but the Chancellor announced the first 21 projects that will receive funding from the £150m Community Ownership Fund. High Streets across England will continue to benefit from the £3.6 billion Towns Fund allocations, supporting regeneration projects in 101 towns across England.

To find out more on the Budget here.

NHBF Blog: Understand the National Living Wage (NLW) and National Minimum Wage (NMW) rates – and ensure you know what apprentices should be paid.

NHBF Blog: Looking for an apprentice but not sure where to start? Discover some top tips for finding the right person, getting the correct agreements in place, and ensuring you can both make the most of the experience. 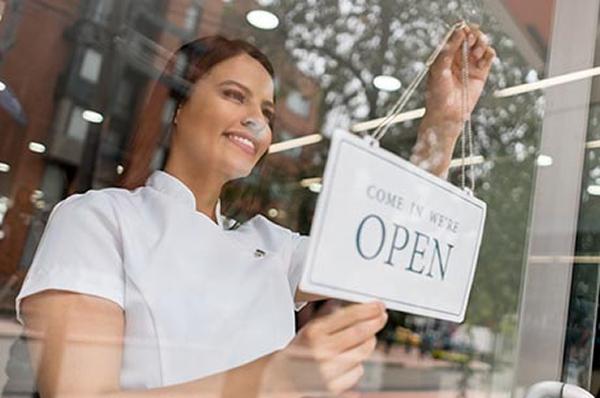 Franchising in hair, beauty and barbering: is it for you?